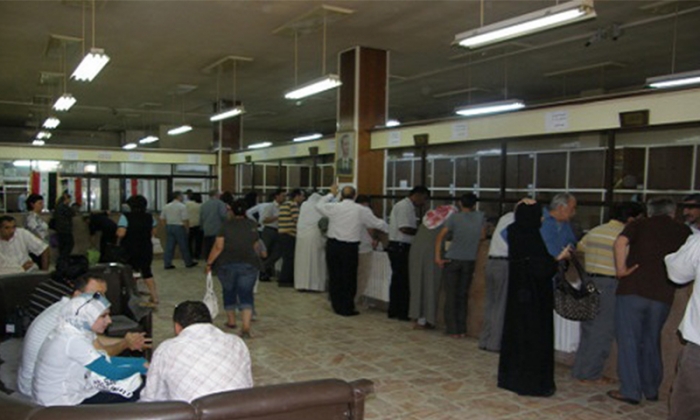 The general manager of the Real Estate Bank said that the number of delinquent borrowers being pursued legally on behalf of the bank exceeded 45,000 people, with 604 of them banned from traveling, adding that it had collected about five billion Syrian pounds at the end of last year.

The bank’s general manager Ahmed al-Ali added that the bank was in the process of carrying out executive steps to guarantee some of the non-performing loans, up to the stage of selling them at public auction. Ali noted the bank is currently in the process of collection.

According to Ali, savings deposits reached about 23.38 billion pounds at the end of 2015, or 11.2 percent of the total balance of deposits and current accounts, while certificates of deposit accounts at the bank did not exceed 651,000 pounds.

According to the bank’s numbers, the number of its clients exceeded 616,140 throughout 2015, while the monthly sum of government salaries in Damascus reached about 6.6 billion pounds.