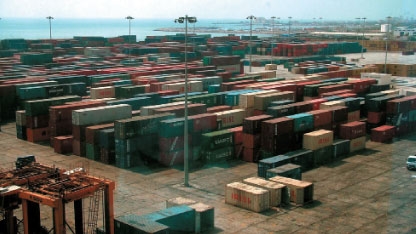 The authority of subsidies, development of local production and export explained the statistics in a recent study citing the ongoing effects of the Syrian crisis and their impact on possible output, claiming that economic and political factors were preventing the achievement of comprehensive and sustainable growth. According to the study, the slow down in trade can be attributed to external shocks resulting from economic sanctions, the lack of appropriate export quantities because of a drop in production, transport conditions, along with the decline in the ability to import.

With the statements of import and export and total local production at fixed prices between 2010 and 2015, it further saw that the degree of economic disclosure of the Syrian economy declined clearly, having accounted for 43.8 percent in 2010 and becoming less than 17 percent in 2015. It attributed this decline to the effects of the current crisis which Syria is witnessing in external trade.

The authority also indicated that the large decrease in the terms-of-trade, which has decreased continuously since 2010, is a result of imbalances, a growing debt burden, and international sanctions imposed on Syria. It reached its lowest levels in 2013, when it approached 41.4 percent before seeing some improvements in 2014 and 2015 when it reached about 59 percent, which resulted from a noted increase recorded in production levels, especially within the agricultural sector, which contributes a third of production, with production of some crops increasing by about four times previous production levels.