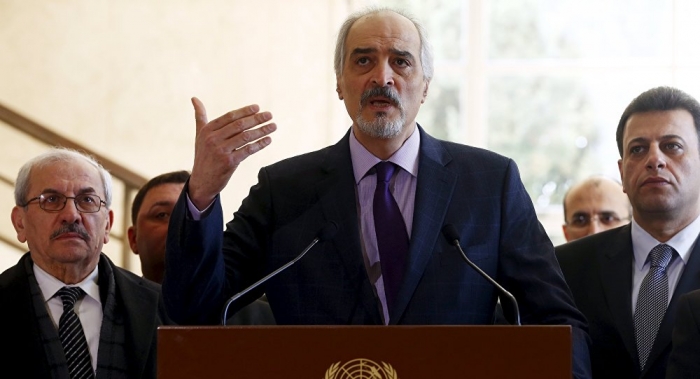 Dr. Bashar al-Jaafari, head of the Syrian government delegation at the Syrian talks in Geneva, said the atmosphere was positive during a session held with UN special envoy for Syria Staffan de Mistura Wednesday.

Speaking to reporters following the meeting, Dr. Jaafari said de Mistura handed the representatives a document containing questions to be studied after the delegation returns to Damascus.

Answers to the document will be put forth in the next round of talks in Geneva, he added.

The top diplomat said that the government was the “only delegation who has submitted an official work paper for these indirect talks brokered by de Mistura since the very first session,” adding that a position will be put forward to the envoy’s document at the start of the next round of talks.

Dr. Jaafari began his press briefing by reading out an official statement of condemnation of the terrorist attacks that struck the Belgian capital Brussels on Tuesday, saying Syria stresses that these attacks are “an inevitable consequence of the wrong policies and of tolerance for terrorism to realize certain agendas.”

He said some of the terrorists who carried out the attacks in Brussels had been involved in the killing of Syrian people before they returned to their home countries and to Brussels.