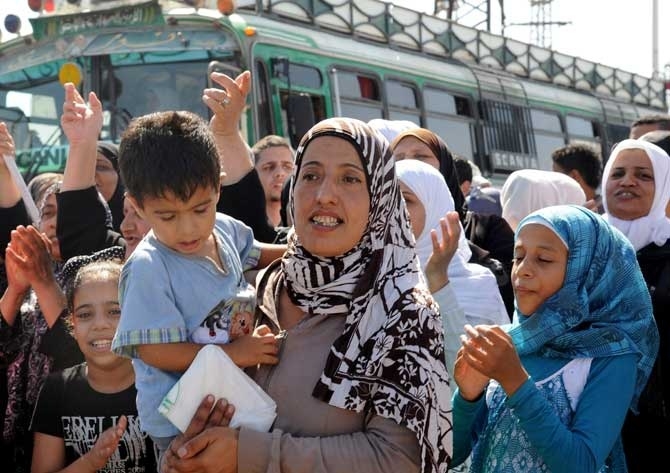 Dozens of families have begun returning to their homes in a number of villages in Al-Hamraa, eastern countryside of Hama province, in accordance with the second stage of local reconciliations reached between the authorities and the Bashakem tribe earlier this month.

On March 15, the first stage of the local reconciliation agreement, which included the northeastern countryside of Al-Hamaa province, was carried out where dozens of locals returned to their homes in the Fan Shamali village.

The second stage of the agreement will see families returning to their homes in the villages of Birah, Huweijeh, Qasr al-Mukharram and Jneineh Gharbiyeh, Hama Governor Ghassan Khalaf said in a statement to SANA on Wednesday.

Locals will also be returning to other villages in the province’s eastern countryside in the coming period, the governor said.

The reconciliation agreement was reached during a meeting on March 7 that brought together senior tribes figures, Muslim and Christian scholars and local figures.