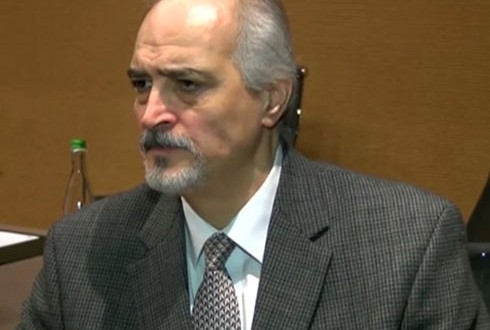 Head of the Syrian government delegation to the Geneva negotiations Dr. Bashar al-Jaafari may be forced to step down from his position, informed sources said.

According to the sources, Mikdad is considered an acceptable replacement by UN envoy Staffan de Mistura’s negotiating team and the Syrian opposition, adding that the deputy FM is less attached to Iranian interests.

The opposition had recently called for the replacement of Dr. Jaafari, saying that he does not have the correct mandate to make decisions regarding the negotiation process.