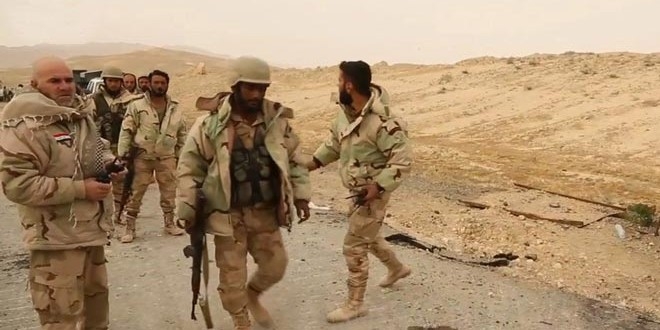 The Syrian air force carried out a series of air strikes on Islamic State positions in Homs and Hama, destroying hideouts, vehicles and supply routes on the Sukhneh-Palmyra road in the central province of Homs, according to a military source.

The source confirmed that a number of the sites hit were destroyed, along with vehicles equipped with heavy machineguns, while many ISIS militants were killed and injured.

The air force targeted ISIS positions in the Mreiyeh village in the eastern countryside of Deir-ez-Zor province.

A military source told SANA that an army unit targeted two ISIS vehicles while they were moving in the area surrounding Tal Ashihib in the northeast countryside of Suweida province.

Meanwhile, a Syrian army unit foiled a Nusra Front attack on a military post in the Manshiyeh neighborhood in Daraa al-Balad, Daraa city.