Problem of extremism directly linked to the flow of refugees to Europe, Putin tells Austria's president during meeting in the Russian capital 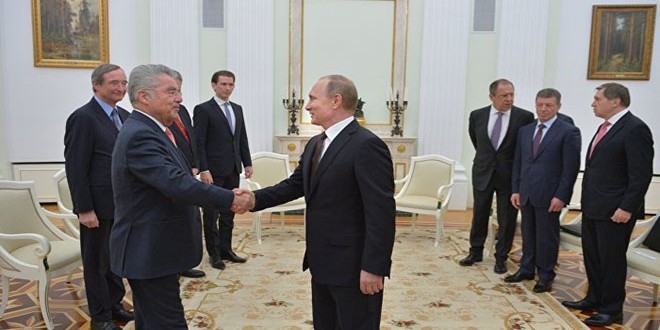 Russian President Vladimir Putin stressed on Wednesday that solving the problem of extremism is considered an important condition to settling the crisis in Syria and an effective solution to the issue of migration to Europe.

“The refugees have to be able to return home,” President Putin said at a meeting with his Austrian counterpart Heinz Fischer in Moscow, adding that the latest terrorist acts in Brussels and Paris affirm once again the need for unifying efforts of the international community against terrorism.

Fischer, for his part, said he was pleased with the joint efforts of Russia and the US to resolve the crisis in Syria, adding that the problem of migration into Europe is firmly linked to the solution of the Syrian file.