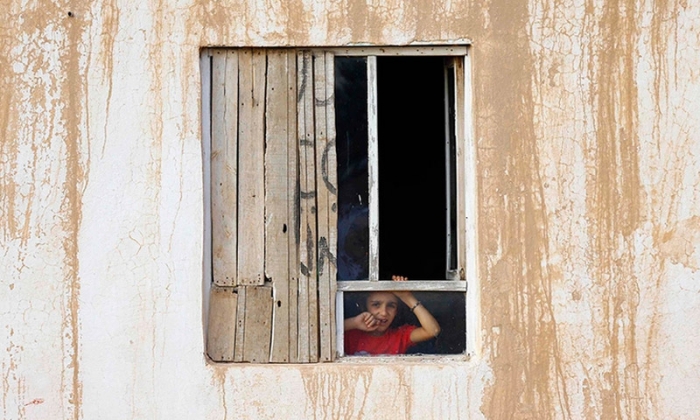 A farewell message written by Syrians to their neighbors has inspired positive reactions after a warm, “nearly silent” relationship throughout two years living in the same building in the southern Turkish city of Gaziantep.

The family, composed of a couple, their son, his wife, and three grandchildren, took shelter in the city after fleeing from Aleppo two years ago. Before their move to their new house, they did not forget the kindness of their neighbors and left a farewell message, according to a Turkish newspaper on Thursday, April 14.

The farewell message was written by hand on a decorated piece of cardboard and posted in the entryway of the building. The message said: “We are very happy that God blessed us with neighbors like you. If there is anything that makes us sad, it is that we will be far away from our good-hearted neighbors.”

The newspaper quoted a resident of the building as saying, “We communicated sometimes in sign language and some other times through a neighbor who spoke Arabic. Our Syrian neighbors may have written the message through one of the grandchildren who are going to school.”

The message said: “Our beloved neighbors … Our time with you over two years was very beautiful. During this period we wanted badly to learn the Turkish language to get to know you better, but unfortunately we did not succeed in that.”

The final lines said: “We loved you greatly and offer our apologies if we or our children created any bother, may God bless and preserve you. God protect the Turks and Turkey … your Syrian neighbors.”

According to the Turkish immigration authority, 325,000 Syrians are living in Gaziantep, amid efforts to integrate two culturally and linguistically different peoples.