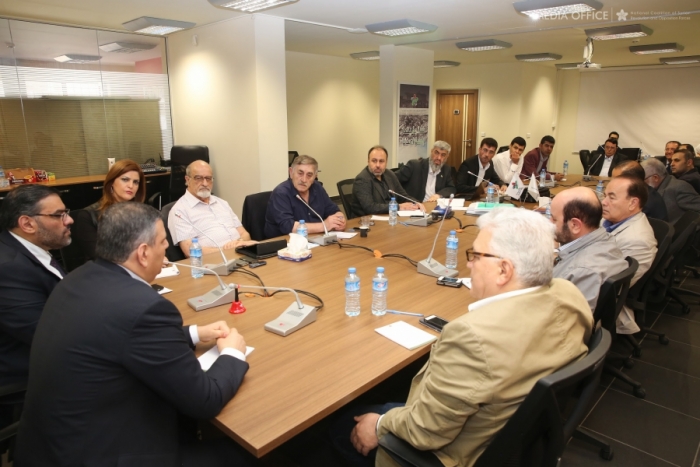 General Coordinator of the opposition’s High Negotiations Committee (HNC) Riyad Hijab said the delegation to the ongoing round of talks in Geneva must prioritize the issue of political transition in Syria without President Bashar al-Assad and his inner circle.

Hijab’s remarks came during a meeting with the Syrian National Coalition’s political committee, President Anas al-Abdah and members of the General Assembly in the Coalition's headquarters in Istanbul on Saturday.

The opposition figure gave a detailed overview of the third round of the Geneva talks, also reviewing meetings they held with the UN envoy Staffan de Mistura, as well as representatives of active players in the Syrian file and other friendly countries.

Hijab pointed out that the Committee’s insistence on its demands had forced the Assad regime to allow the entry of humanitarian aid to some of the besieged areas across Syria, adding that the HNC is pressing to introduce relief aid to the rest of the blockaded areas.