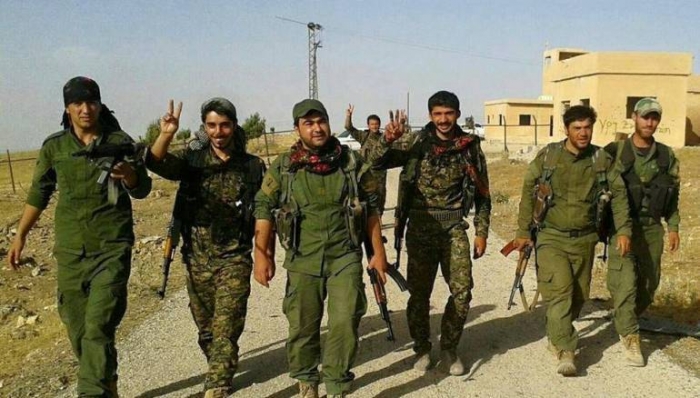 Tensions have increased between the Democratic Union Party (PYD) and its allies after the Kurdish group encouraged militants from the Raqqa Revolutionaries Brigade (Liwa Thuwar al-Raqqa) to defect and join the PYD’s ranks.

The step is the first by the PYD to disperse allied fighters in the Western-backed Syrian Democratic Forces (SDF).

Activist Luai al-Hasan told Zaman al-Wasl that the PYD is attempting to draw SDF factions into its ranks from factions in Tal Abyad in the north of Raqqa province.

Hasan added that a group of eight personnel defected from the Raqqa Revolutionaries Brigade and is fighting on the Sharkarak front under the name “Raqqa Martyrs” with the Kurdish People’s Protection Units (YPG), the armed wing of PYD.

According to Hasan, the PYD oversees all military operations and no military group can work independently.

Military sources in the north of Raqqa told Zaman al-Wasl that the group defected from the SDF with backing from the PYD after its members were detained for 45 days on charges of committing crimes.

The sources said Abu Hamza, the coordinator between Raqqa Revolutionaries Brigade and PYD, was one of a number of members expelled from the Brigade on grounds of conspiring and communicating with regime officers in Deir-ez-Zor and Hassakeh. The sources denounced the PYD for accepting expelled personnel within its ranks.