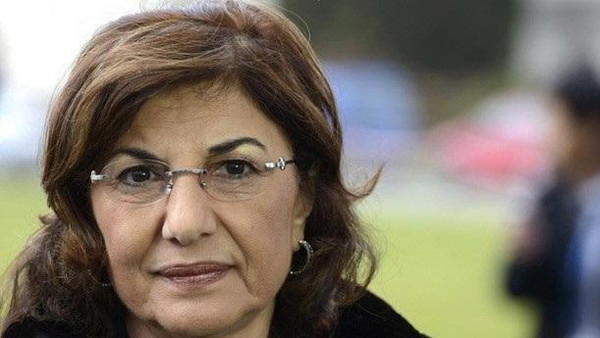 Presidential political and media adviser Bouthaina Shaaban participated, over Skype, in a panel discussion in Washington DC on combatting terrorism.

Many in the US capital were astonished to hear about her participation at the event, held at the National Press Club, as she has been on the Western sanctions list since 2011 and unable to travel to the US.

Shaaban was invited to attend over video by the Global Alliance for Terminating ISIS/Al-Qaeda organization (GAFTA), which is largely unknown inside America. Other participants included Bassam al-Husseini, an Iraqi government official known for his role in forming the Popular Mobilization Forces militia. In addition, Sheikh Hisham al-Husseini, the director of Karbala Islamic Center in Dearborn, Detroit, was due to give a speech in the name of all Muslims in America, according to the National Press Club website.

Ahmed Makki Kabba, an Iraqi and founder of GAFTA who has been residing in the US for 37 years, told al-Arabiya that Shaaban was invited to speak at the event “because she comes from a country that is suffering from both Al-Qaeda and ISIS, just like Iraq."