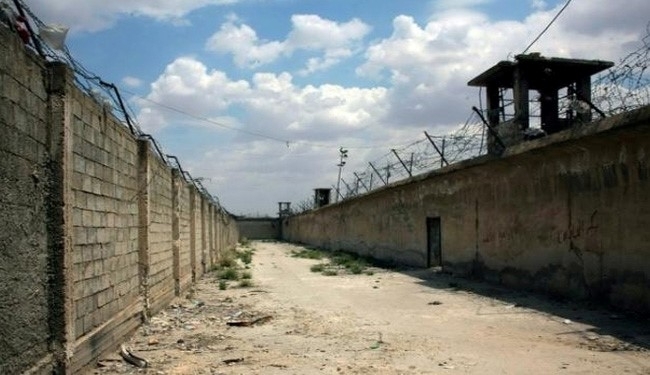 A group of civil organizations and Syrian activists issued a statement yesterday on the revolt that broke out again inside Hama Central Prison, in which the Hama police chief and the prison director were held captive by inmates after the regime failed to carry out the terms of an agreement it had made with the prisoners.

The statement noted that the prisoners handed the officials over to the authorities after the Assad regime promised a number of demands.

The statement mentioned that the regime had pledged to:

2- prevent the removal of any detainee from a security agency to another, or to a court martial and then to Sednaya Prison, where they would face inevitable death under torture;

3- close military and anti-terrorism courts which depend on weak confessions made under torture inside the buildings of security agencies;

4- improve the situation of the detainees and provide for their needs until their release, and specialized international observers must be allowed to visit all Syrian prisons.