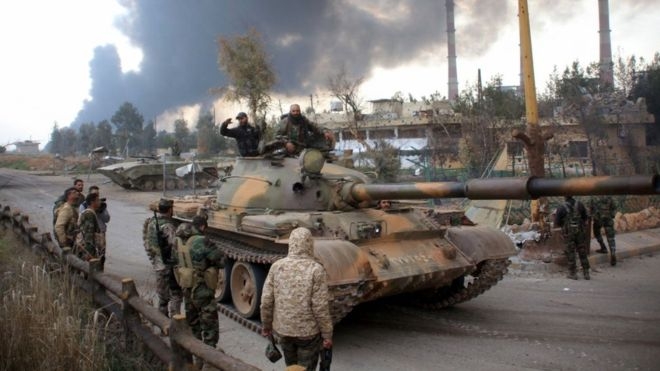 Rebel groups breached the ceasefire agreement in Syria nine times in 24 hours, raising the total number of breaches to 635 since the truce came into effect on February 27, the Russian coordination center said.

The center at the Hemeimem airbase, which monitors the ceasefire, said on Sunday that members of the Army of Islam group targeted residential neighborhoods of Midan, Khalediya, the Old City and the Assad suburb in Aleppo city with mortar rounds and rocket launchers.

Militants also targeted Masaken Barzeh and a number of farms in the Damascus countryside.

The cessation of hostilities agreement excludes Al-Qaeda’s Nusra Front, the Islamic State and other groups listed by the UN as terrorist organizations.