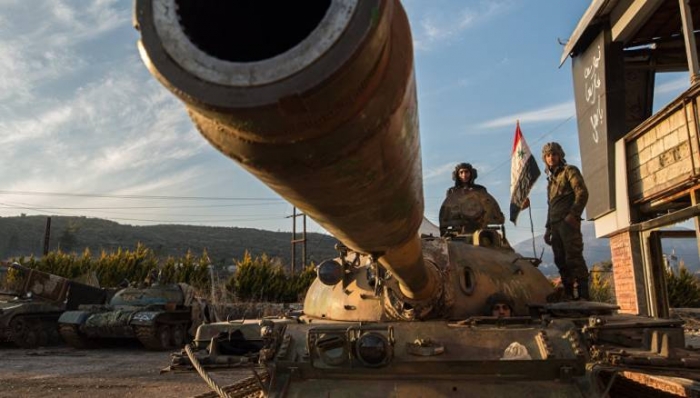 In light of a decline in Syrian regime forces following five years of civil war, the Assad regime resorted to implementing an ultimatum for detainees in Adra Prison in Damascus.

The Assad regime has begun recruiting hundreds of political detainees charged with terrorism into its forces to fight in battles against the Islamic State in Raqqa.

Well-informed sources from inside the prison told Zaman al-Wasl that the regime’s National Reconciliation Committee made a number of visits over the past week to the prison for negotiations with detainees.

The committee proposed the release of detainees if they joined the regime’s reserve army force. Later, regime military police entered the prison and informed the detainees about the reserve service while taking their fingerprints.

According to the sources, the regime released 250 prisoners charged with drug offenses and 1,250 arbitrarily arrested terrorism suspects under the settlement plan.

Sources confirmed the regime sent the detainees to fight against ISIS east of Aleppo and west of Raqqa, adding that the regime will continue to recruit fighters in batches of 500 and transport them into battle.