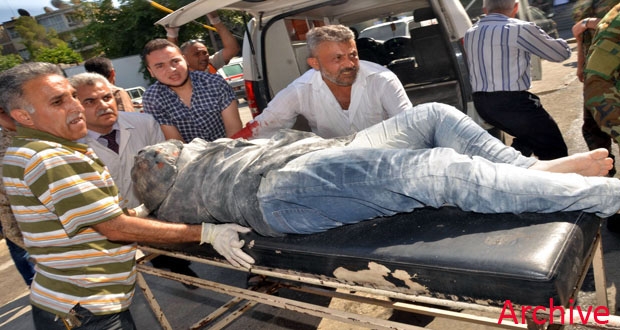 Around 20 civilians were killed and 40 others injured in 24 hours of mortar attacks on residential neighborhoods of Aleppo city, a center for monitoring the ceasefire in Syria announced on Wednesday, June 8.

The Russian coordination center at Hemeimeem airbase said militants from Al-Qaeda’s Nusra Front and the Ahrar al-Sham Islamic Movement shelled the neighborhoods of Midan and Mouhafaza with mortar rounds.

The ceasefire agreement does not include Nusra Front, the Islamic State, or other groups listed by the UN as terrorist organizations.

The center announced on Tuesday that it had monitored a convoy of trucks loaded with weapons and munitions crossing the Turkish border and entering areas in Aleppo’s northeastern countryside where ISIS has a presence.

In a similar context, Nusra Front terrorists targeted the city of al-Bath in the southern Quneitra province with several shells, causing material damage, although no casualties were reported.

A source at Quneitra Police Command told SANA that militants targeted al-Bath with a number of artillery and mortar shells, one of which hit the commercial secondary school in the city.

Opposition groups have breached the cessation of hostilities agreement 643 times since it came into effect on February 27, 2016.