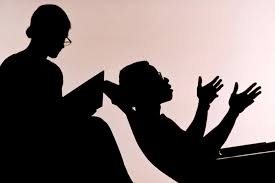 Only 40 specialized psychiatrists are currently working inside Syria, while in some provinces like Suweida and Tartous there are no licensed specialists, according to a top health ministry official.

Dr. Ramadan Mahfouri, the head of the ministry's psychology department, confirmed, "During the past two years we have worked on a program to fill the gap. This program is the first of its kind in the Middle East, because we have been training doctors specialized in other fields.”

“We had chosen 350 doctors, but we lost a hundred of them to emigration and retirement, so now we have about 250 doctors trained to treat nine kinds of psychological disorders, in addition to two new kinds that we had added. The program now includes 11 kinds of psychological disorders, and the doctors are fully trained and they are spread all over Syria.”

Mahfouri also spoke about the lack of available services for patients saying that the only two private hospitals to treat psychiatric patients had been closed since the outbreak of the war. There are currently three public hospitals, two in Damascus and one in Aleppo, which continue to operate.