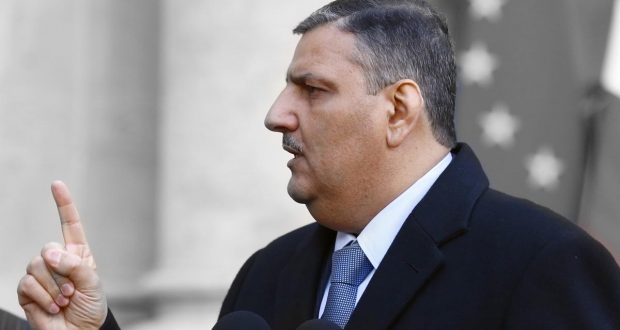 Riad Hijab, general coordinator for the opposition’s High Negotiations Committee to Geneva, has warned of the humanitarian consequences which are increasing the suffering of Syrians and forcing hundreds of thousands to flee to neighboring countries.

In a statement issued by the committee after his meeting with Turkish Foreign Minister Mevlut Cavusoglu, Hijab noted the importance of reaching an agreement on a full initiative during the holy month of Ramadan that involves a complete ceasefire, lifting the siege on many areas, releasing detainees and delivering aid to almost 1.5 million besieged Syrian in different Syrian provinces.

During the meeting, Hijab and Cavusoglu discussed the dire humanitarian conditions in Aleppo and the other Syrian provinces due to the escalation of air raids and the bombing of civilian neighborhoods by regime forces.

The High Committee presented an offer to the UN earlier this month to reactivate the failed truce during Ramadan and Eid, insisting that the Assad regime and its allies commit to a full ceasefire in Syria.