New report by UK-based monitor alleges that Assad regime is responsible for the deaths of 19,773 children since the outbreak of the Syrian civil war five years ago 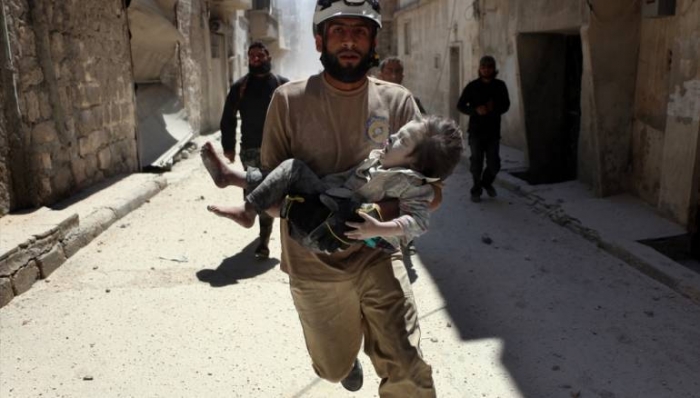 The Syrian regime has killed almost 20,000 children since the start of the Syrian conflict in March 2011, according to a report by human rights monitors.

In a new study, the UK-based Syrian Network of Human Rights said it had documented the death of 19,773 children, including 297 killed by sniper fire and 159 under torture, adding that 10,891 had been detained, while 2,716 children remain in detention.

The report, titled “Children of Syria… Angels with Broken Wings,” documented that about 4,083 teaching facilities were destroyed during the course of the war, depriving more than 2 million children inside Syria of education. Moreover, it added that the Assad regime had recruited children in direct and indirect fighting and battles.

At least 351 children have been killed by ISIS militants according to the report, while Al-Qaeda’s Nusra Front is responsible for the deaths of 49 children.

The report mentions that armed opposition factions have killed 729 children and used minors in a number of military activities, also listing violations by the Kurdish self-administration in areas under their control, including the killing of 62 children and mandatory recruitment.

According to the report, US-led coalition forces have killed 112 children since the beginning of its attacks on September 23, 2014, while Russian forces killed 479 children since September 30, 2015.