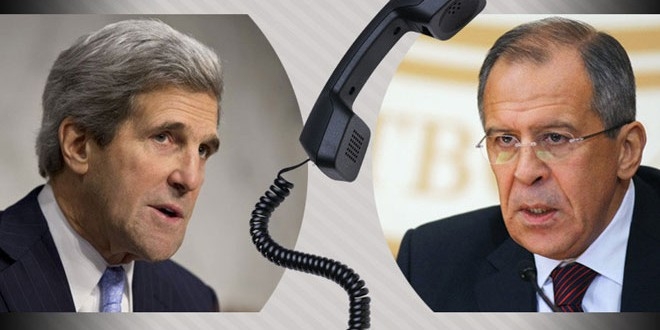 Russian Foreign Minister Sergei Lavrov and his US counterpart John Kerry have discussed the possibility of joint Russian-US cooperation in combating terrorist groups in Syria known to have violated the ceasefire.

In a phone call between the two diplomats on Monday, Lavrov stressed the need for Washington to promptly separate the so-called “moderate opposition” from Al-Qaeda’s Nusra Front in Syria, in addition to the issue of preventing supplies reaching terrorists in Syria through the border with Turkey.

Lavrov also offered condolences to Kerry over the recent shooting at a nightclub in Orlando, Florida, which claimed the lives of 50 civilians and injured 53 others.