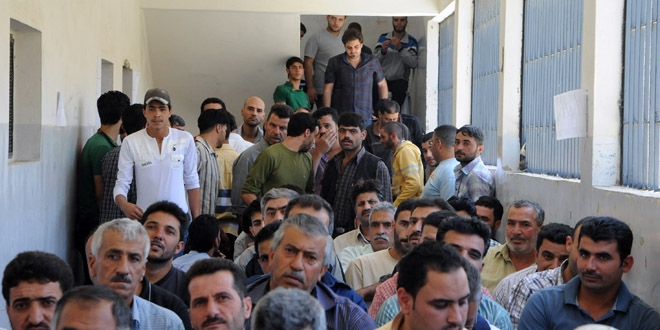 About 100 wanted people from Wadi Barada in the Damascus countryside settled their legal status on Tuesday after turning themselves over to the local reconciliation authorities.

Local Baath Party member Radwan Mustafa said this settlement was a message to all those involved in the Syrian conflict to join the reconciliations efforts taking place in several areas throughout the Damascus countryside.

A number of those who settled their legal status said that they were eager to return to their normal lives, calling on all those involved in fighting to join the settlement initiative.