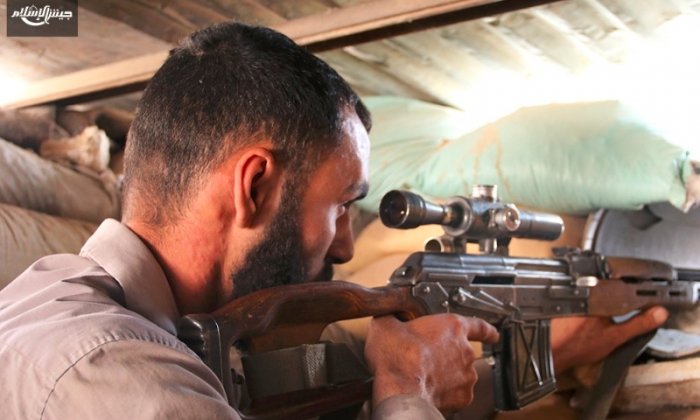 Key rebel group the Army of Islam issued a statement on Wednesday, June 15, urging fighters of Al-Rahman Legion to put their disputes aside and join efforts to stop the regime offensive on Eastern Ghouta.

The statement was issued a day after an attack by Free Syrian Army-linked Al-Rahman targeted the Army of Islam, taking control of a number of areas in the south the region. Commander Abdul Aziz Ibrahim Saqer was killed in the attack.

Al-Rahman fighters took over Eastern Ghouta’s key strategic road near the town of Jesrein, as well as an amusement park, several farms in al-Mleiha and other farms and buildings in the area of Hteteh and the cardboard factory.

Prior to the recent clashes, fighting between the two opposition factions lasted several weeks, but ended on May 24 after a Qatari-backed initiative supervised by opposition figure Riad Hijab, the general coordinator of the High Committee for Negotiations at Geneva.

The fighting allowed regime troops to easily advance in the southern sector of Ghouta, an area which is known to be the city’s main source of food.