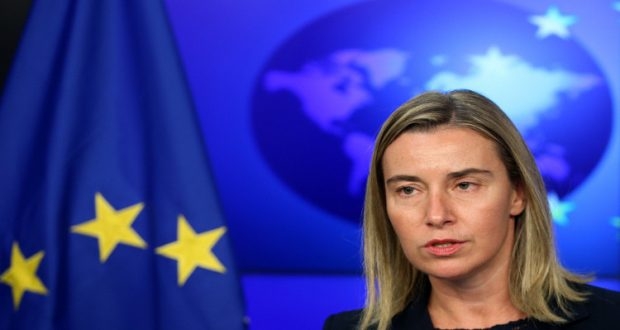 The European Union has responded to the Syrian opposition’s requests to step up its engagement on the political track of the Syrian file and create conditions for a substantive resumption to the Geneva talks.

European Union Foreign Policy Chief Federica Mogherini expressed the EU’s readiness to intensify its participation in the political process, together with other international partners, to create the necessary conditions to resume the political talks under UN auspices in Geneva.

After her meeting with President of the Syrian National Coalition Anas al-Abda and General Coordinator of the National Coordination Body Hasan Abdulazim, Mogherini stressed the importance of having all parties participate in the political solution of the conflict in Syria.

She stressed that the Coalition and the Coordination Body both have an important role in the High Negotiations Committee, confirming that the European Union will continue to support the intra-Syrian talks.