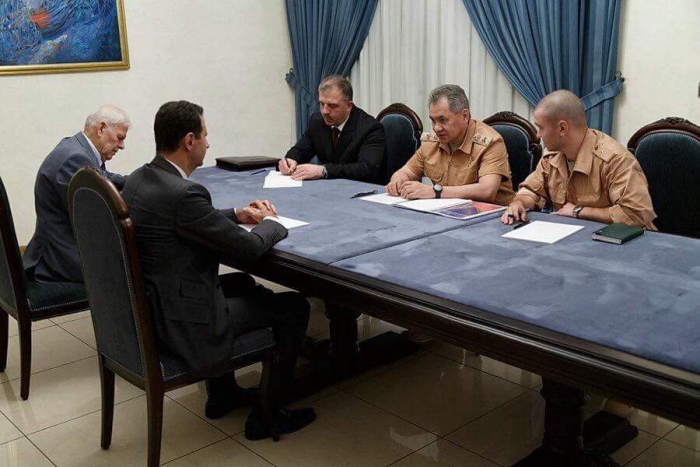 Russia hosted President Bashar al-Assad at its airbase at Hemeimem airport in Lattakia on Saturday without informing the Syrian leader of which high-ranking Russian officials he would meet, according to footage published by the RT website.

The video shows Assad attending a meeting at the Hemeimem airbase with Russian Defense Minister Sergei Shoygu. The Syrian president appears surprised by the encounter, informing the Russian official that his visit was a “pleasant surprise,” adding that he “did not expect Shoygu to attend personally.”

Syrians ridiculed the tone of the meeting on social media sites, with the opposition labelling the president as an employee of Russia, as Assad himself acknowledged he was not aware of who he would meet; a clear breach of presidential protocol.