More than 95 percent of Syrian citizen's visa applications to Turkey have been refused since new regulations took place earlier this year, according to legal practitioner 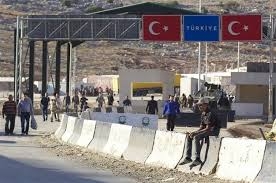 On January 8, Turkey’s Ministry of Foreign Affairs imposed visa regulations on Syrians coming to Turkey with foreign minister Mevlut Cavusoglu saying that the new visa regulations on Syrians coming to Turkey via sea and air was implemented for security reasons, pointing out whoever wishes to come to Turkey can easily obtain a visa. Cavusoglu stressed that Turkey would continue its open door policy towards Syrians even with the newly introduced visa restrictions.

However, the reality of the impact is much different. Turkey’s doors have closed in the face of most Syrians fleeing death in their home country, as well as for those hoping to reunite with their families and relatives living in Turkey.

Lawyer Gazwan Qurnful, who specializes in Syrian affairs, said more than 95 percent of visa applications to Turkey were refused since the new regulations took place. Only a small percentage of Syrians residing in Gulf countries like Saudi Arabia and the UAE obtained Turkish visas while Syrians already residing in the EU could not.

But even then, the new procedures have still prevented family members living in the Emirates from visiting their relatives. Mohamed, who resides in Turkey with his family while his daughter lives and works as an engineer in the UAE, said he has been in pain and longing ever since Turkish officials rejected his daughter’s visa application to visit. He said the decision not to grant a visa meant that he could not be reunited with his daughter and grandchildren despite them having satisfied all visa requirements, including hotel and airfare booking, bank account details, and medical insurance. He said the application cost his daughter around 1,400 dirham ($380).

Mohamed added, “I cannot also visit here because my return to Turkey would require me to get a visa since I do not have a tourist residence in Turkey.”

Syrian man Mohan, who has been living in Germany for a year and half, applied electronically for visa in February. He supplied the required documents, supported by an invitation letter from his father who resides in Turkey as well as documents proving he is working in a German company, and paid the application fee of 60 euros. But his application was rejected after three weeks following an interview at the Turkish consulate in Hannover.

Two months after his application was rejected, Mohan reapplied only to be told his application could not be accepted and that he must wait six months to apply following a rejection.

In other Arab countries with significant Syrian communities, like Lebanon and Egypt, most of applicants have also had their visa applications rejected.

Egyptian resident Abou Mahomed told Iqtissad he has not seen his family, who lives in Turkey, for three years. He said his application was rejected after 15 days without reason despite providing all the required documents, as well as an invitation letter by a Turkish citizen.