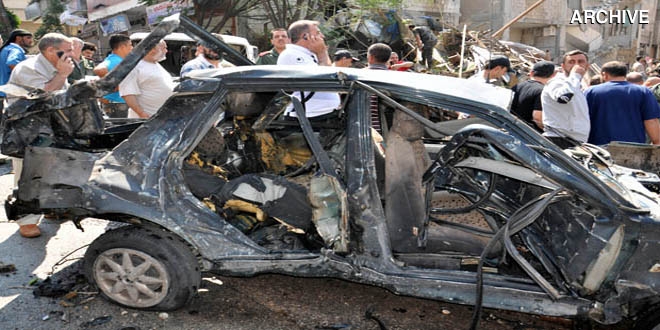 Seven people were killed and 25 were injured in car bomb attack in Tal Abyad city in the northern countryside of Raqqa province on Wednesday.

Local sources said the bombing occurred in the center of the city in front of the teachers syndicate, SANA reported.

The attack also caused severe material damage to the syndicate’s building and nearby houses, according to the locals.

Tal Abyad is located about 100 km to the north of the Islamic State-controlled Raqqa city.