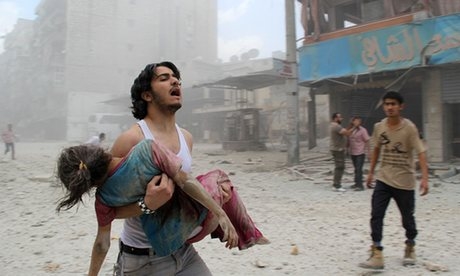 A total of 6,567 Syrian civilians were killed during the first half of 2016, a human rights monitor reported, adding that it had documented 1,271 civilian deaths during the month of June alone.

A study released by the UK-based Syrian Network for Human Rights on Friday pointed out that the Assad regime was responsible for the death of 3,471 civilians, including 590 children (an average of four children a day) and 422 women.

The report stressed that the Assad regime and Russian forces continue to violate international human rights laws on a large scale in Syria. According to the hundreds of eyewitness accounts, the report said, over 90 percent of attacks by the Assad regime were directed against civilians and civilian objects.

According to the network, at least 230 people were killed under torture in the prisons of the Assad regime. Children and women accounted for nearly 30 percent of total civilian casualties, an indication that the Assad regime deliberately targets civilians.

Moreover, 785 civilians were killed at the hands of extremist groups during the first half of 2016. Of those, 764 were killed by the Islamic State group. The victims included 103 children and 146 women, in addition to seven adults who were killed under torture.