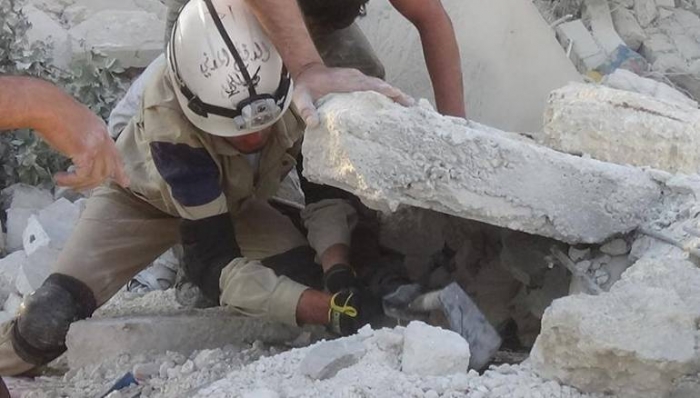 At least 10 people were killed and eight others injured in regime air strikes on Burj Qaei in the northern countryside of Homs city, local activists said Sunday.

Activists said most of the victims were displaced from the towns of Kissin and Zara.