The Turkish people courageously defended their freedom and proved that the country, its government and its political parties are able to safeguard democracy, coalition statement read 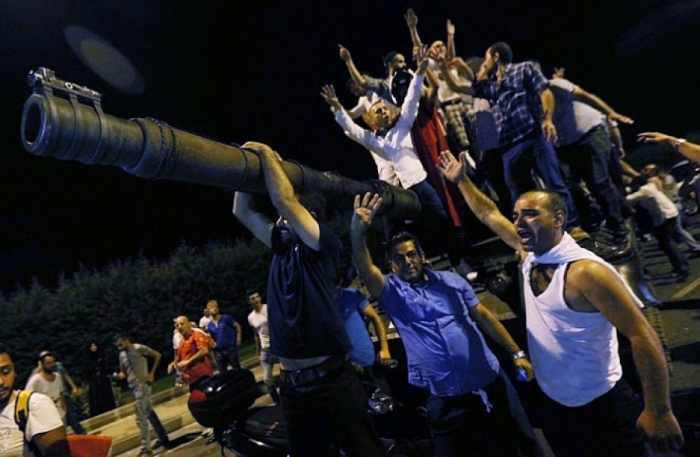 Syria’s main political opposition congratulated the Turkish people on their success in defending their country’s democratic institutions by thwarting a coup attempt by army factions late on Friday night.

In a statement released earlier on Saturday, the Coalition said: “The Turkish people, who have long realized the values of freedom and democracy and who have reaped the fruits of these values, will not allow a group of coup plotters to hijack their will and restore military rule in Turkey. They will not allow them to take Turkey back to times when the Turkish people were robbed of their freedom.”

In the past few hours, the statement continued, “the Turkish people have shown how much they value democracy as they did throughout the past 10 years. They courageously defended their freedom and proved that Turkey, its government and its political parties are able to safeguard democracy.”

“We at the Syrian Coalition, as the legitimate representatives of the Syrian people, congratulate our Turkish brothers and sisters for courageously thwarting the coup. We also salute the choices of the Turkish people which produced leaders who have made outstanding achievements worthy of all respect and appreciation.”

The Coalition also said that “the Syrian people are looking forward to the day when they can exercise democracy and defend it; to live in a state of freedom, justice and equality for all.”