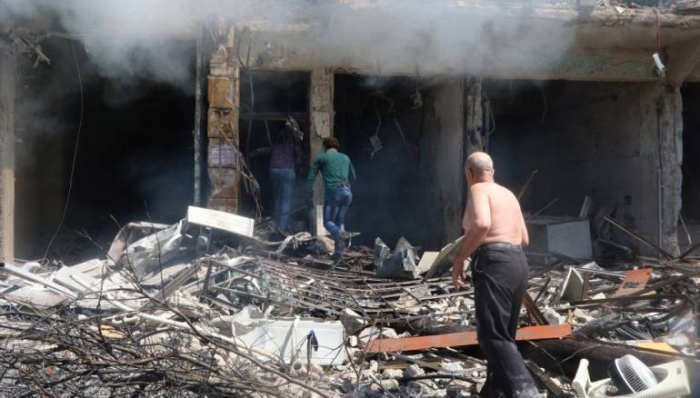 At least nine people were killed on Sunday in regime air strikes on rebel-held areas in northern Aleppo province, local activists reported, as regime warplanes stepped up their aerial offensive on opposition areas.

Five people, including three children and a woman, were killed in a cluster bomb attack on Maysser neighborhood, while four others were also killed in the Karm Homad district.

The death toll from Saturday's air strikes on northern Aleppo province rose to almost 60, according to activists.

The Manbij coordination committee said five members of one family were killed when US-led coalition air strikes targeted their house in Manbij, adding that SDF militants arrested several people in the Buzkeej village north of Manbij.