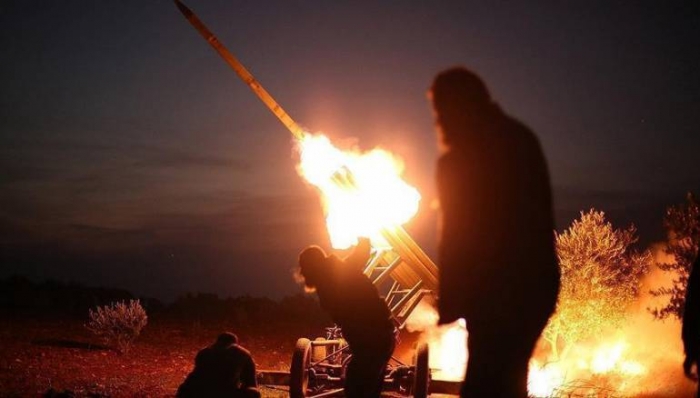 Syrian rebels announced on Wednesday that over 150 Syrian army troops and Iranian fighters were killed in the ongoing clashes in the northern province of Aleppo, as regime keeps the noose tightened on rebel-held areas of the city.

The Fatah Halab (Aleppo Conquest) Operation Room, a key rebel alliance, has cut the main supply route for the regime army southwest of the city in the Ramousa district, killing at least 30 troops near the Ameriya neighborhood, according to activists.

Clashes have also taken place in the Zahraaa and Khalediya neighborhoods.

Scores of regime fighters were also killed in the Al-Mallah Farms overlooking the strategic Castello Road, the only route into the rebel-held areas of Aleppo.

On Sunday, regime army and allied militias seized Castello Road, tightening a siege around opposition areas of the northern city, which President Bashar al-Assad has pledged to recapture.

Aleppo has been a major battlefield of Syria's war since rebels swept into the city in the summer of 2012. An opposition defeat there would mark their biggest setback in five years of conflict.

Around 300,000 people live in rebel-held eastern Aleppo and for months their lifeline has been a highway leading north from the city known as Castello Road.