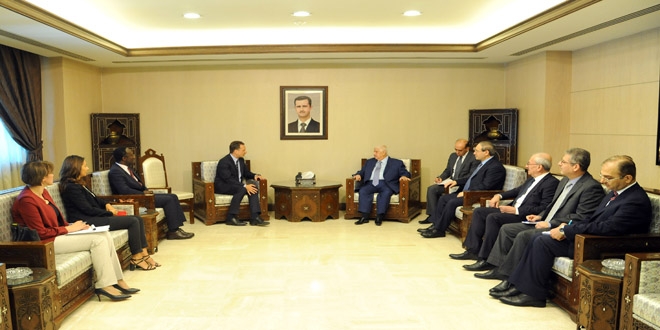 The Syrian government has unfailingly supported Palestinians inside Syria despite repeated attacks on their camps by terrorist groups, Foreign Minister Walid al-Muallem said on Sunday.

Muallem’s comments came during a meeting with Pierre Krahenbuhl, head of the UN agency for Palestinian refugees, UNRWA, in the Syrian capital Damascus last week. The talks touched on the enhancing cooperation and coordination between the Syrian government and the UN agency.

For his part, Krahenbuhl hailed efforts by the Syrian government to provide help and care to Palestinian refugees, expressing his understanding of the difficult circumstances in Syria and its responsibilities of protecting its territory and citizens, including the Palestinians.