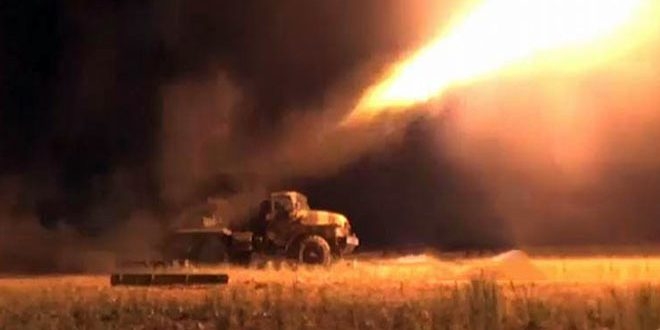 Terrorist groups have been unsuccessful at breaking the Syrian army’s siege on the eastern neighborhoods of Aleppo as militants in the south and southwest of the city face heavy losses, a military source confirmed.

The source stressed that these groups have not been able to break the army’s blockade on the terrorist-held districts of Aleppo city, adding that the media is affecting the morale of citizens and misleading public opinion by broadcasting fabricated photos and videos.

Syrian and Russian air forces destroyed three positions belonging to the Army of Conquest group in Khan Touman and Khan al-Asal, in addition to striking armed convoys at the intersection of Saraqeb, Taftanaz, al-Zurba, and the city of Aleppo.

Earlier, the military source told SANA that the Syrian army and allied forces are continuing operations to the south of Aleppo and courageously confronting the terrorists, engaging in fierce battles in a number of areas infiltrated by armed groups.

Meanwhile, SANA’s reporter in Aleppo said that large numbers of terrorists attacked the area to the south and southwest of Aleppo city on Saturday evening.