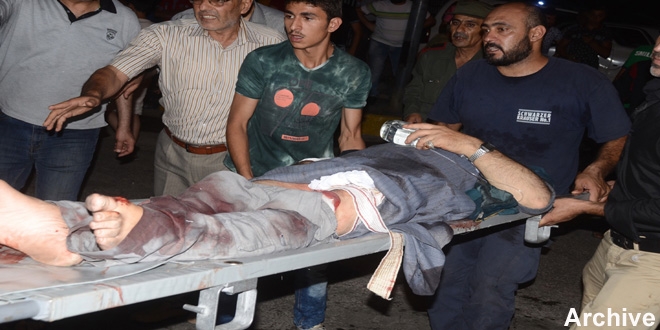 Seven civilians, including a child and two women, were killed and nine others were injured as the terrorist groups renewed rocket attacks on Salaheddine neighborhood in Aleppo city.

The death toll from yesterday’s rocket attacks on the same neighborhood was put at eight civilians, in addition to 12 injured.