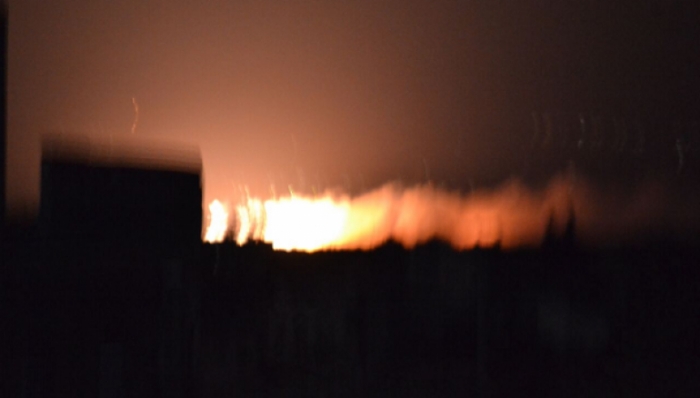 Regime forces and its allied militias have continued their fiercest offensive on the besieged Waer in Homs city, raiding the neighborhood with internationally prohibited weapons including phosphorus bombs and napalm, local sources on Monday.

Zaman al-Wasl’s reporter in Homs said the regime airplanes are not leaving the sky above the besieged countryside for the entire day and the Russian airplanes replace them at night. The source added that the Syrian resistance responded to attacks on Sunday morning by launching missiles and rockets at the area surrounding Al-Mousfat and some pro-regime neighborhoods in Homs.

Abou Mahmoud from the village of Ghantou said it was the first time such weapons have been used since the outbreak of the revolution, adding that most families in the besieged countryside are not sleeping in their houses because of the heavy Russian aerial bombings on civilian areas.

Media activist Yarub al-Dali from Rastan said the missiles fired in the morning were carrying shrapnel pieces to kill as many civilians as possible.

A local source from Waer said the fiercest regime offensive fired around 150 mortars and missiles on civilian houses killing a young man and injuring 20 persons, some of whom are in critical conditions.

The heavy bombardment came as Waer negotiations committees were scheduled to meet with the Syrian government officials on Sunday.

A fragile UN-brokered truce reached last December failed as the Assad regime refused to release detainees and lift the siege.