Kurdish and Assad forces committing violations against civilians in the northern province amid fresh clashes for control of Hassakeh city, says political opposition 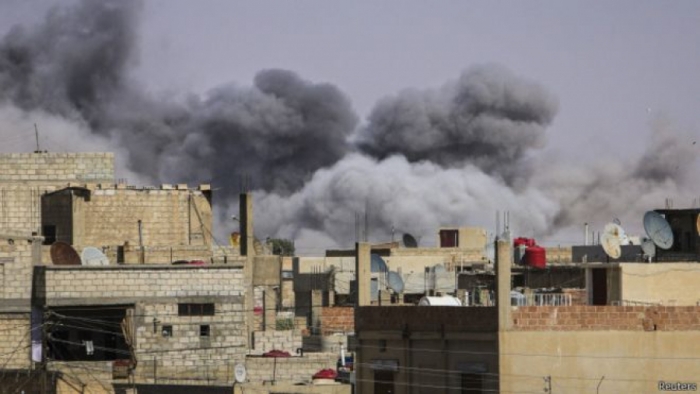 Large number of civilians in the city of Hassakeh have been targeted and taken hostage by regime forces and militias of the Democratic Union Party (PYD), Syria’s main political opposition has announced.

In a press statement released on Monday, the Coalition condemned the actions, calling on the international community to assume its responsibility to stop the bombing of civilians.

It said that the two sides had committed a number of violations against the civilian population of Hassakeh province, including arbitrary arrests, torture, murder, displacement and exiling political dissidents and activists.

Last week, PYD militias detained key activists and senior members of the rival Kurdish National Council, including its president, Ibrahim Biro, who was exiled to the Iraqi Kurdistan region.

Hassakeh has recently seen violent clashes between regime forces and the PYD militias for control of the city. Dozens of civilians, including children, have been killed in air strikes by the Syrian air force and in mutual artillery shelling on the city, with the ongoing battles resulting in large scale destruction to civilian neighborhoods, hospitals and facilities, as well as forcing thousands to flee their homes.