Nusra's recent effort to rebrand itself under a new name does not change the fact it is a terrorist organization, top US diplomat tells journalists 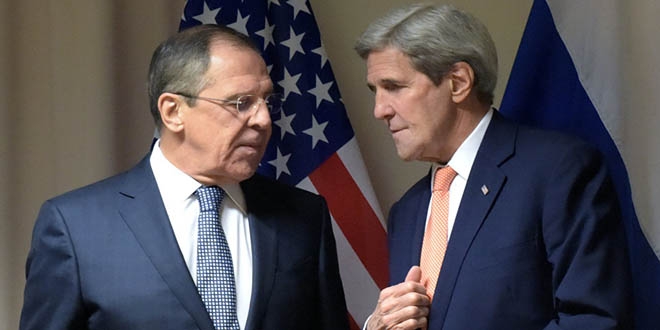 US Secretary of State John Kerry said that terrorist groups like the Islamic State and Nusra Front continue to constitute a threat to the Syrian people.

In a joint press conference with his Russian counterpart, Foreign Minister Sergei Lavrov, Kerry said that the Nusra Front never was part of the cessation of hostilities in Syria, and as such the group is a legitimate target, adding that Nusra’s recent change of name does not change the fact that it’s a terrorist organization.

In turn, Lavrov said that progress has been made in several areas, and that the two diplomats discussed the need to separate the “moderate opposition” from ISIS and Nusra, in addition to discussing how to deliver humanitarian aid to all Syrian cities.

Lavrov also stressed that there can be no possibility of guaranteeing a ceasefire without separating the “opposition” from terrorists, adding that a new round of direct dialogue between the Syrian government and the “opposition” should be launched.

He also voiced support for UN Special Envoy for Syria Staffan de Mistura’s efforts to launch a direct dialogue between the Syrian government and the opposition, adding that there should be a comprehensive representation of the opposition.

Lavrov noted that Moscow received from Washington for the first time a list of the groups that joined the ceasefire deal in Syria.