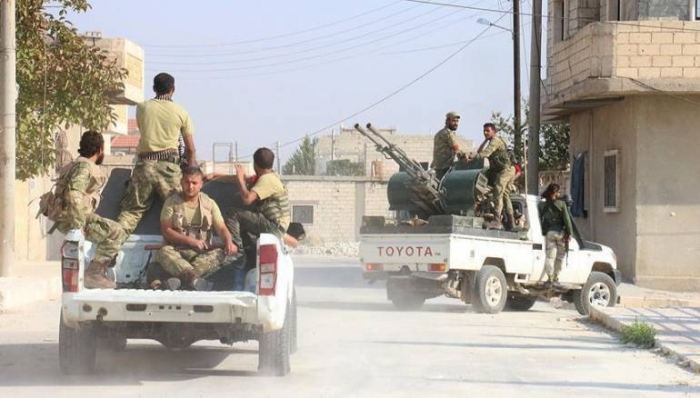 Free Syrian Army (FSA) fighters backed by Turkish air strikes and artillery continued Monday their advance in the eastern countryside of Aleppo in the battle against the Islamic State and Kurdish militias.

Zaman al-Wasl’s correspondent in Aleppo mentioned that FSA fighters have seized control of the towns of Hadabat and Karsanli eastern to Al-Raee city in the northern countryside of Aleppo following severe battles with ISIS.

The FSA has regained control of 35 towns and villages around the city of Jarablus since the beginning of the “Euphrates Shield” campaign launched last week by Turkish military forces.

The Kurdish-led Syrian Democratic Forces (SDF) have withdrawn to the east of the Euphrates river and south of Sajoor river, while the FSA regained control of six villages around Al-Raee city from ISIS.

The FSA aims to open a route connecting the eastern and northern countryside of Aleppo to reach to the strategic city of Al-Bab, under the control of ISIS.