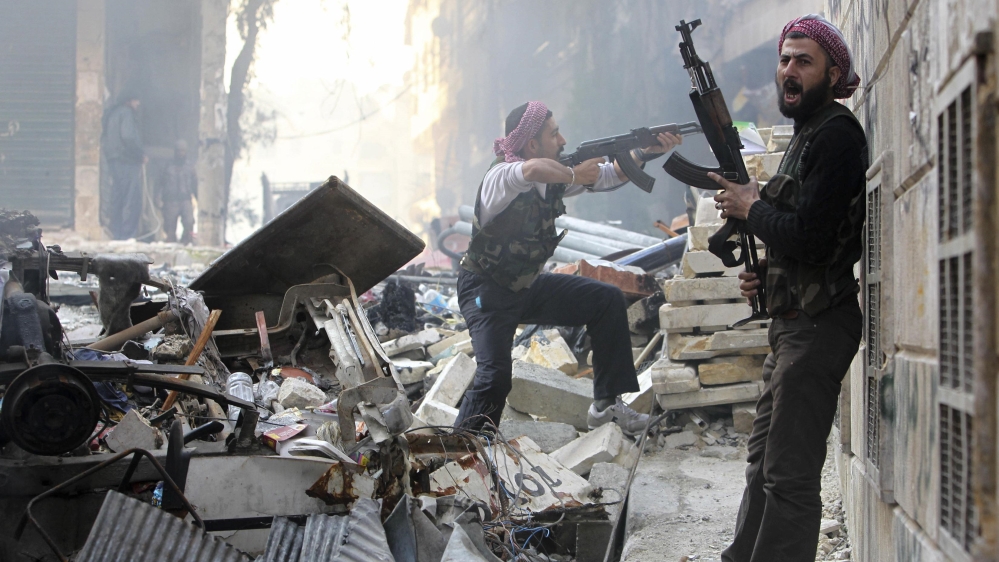 The deputy head of the Syrian National Coalition, Mouaffaq Nyrabia, said that the opposition was no longer interested in the political process, which had lost its meaning in the current situation as Russia and the Assad regime had decided to shut off the path to any political solution.

Nyrabia said in a press conference in the Turkish city of Istanbul that the opposition had reached a state of despair over the political process, describing previous attempts as an occasion to “stay busy with empty discussions to provide the conditions for the murder of more Syrians.”

The deputy of the Coalition said that Assad and Moscow through their brutality were using the slogan, “Surrender or die, be starved, killed or displaced.”

He said that the United Nations and the Security Council had proven their complete impotence in the face of what he described as criminals and aggressors, who had used all types of lethal and internationally-banned weapons, such as vacuum bombs, phosphorous and seismic bombs — all at the same time as the convention of the United Nations General Assembly and the presence of the opposition delegation in New York to promote a political solution.

The opposition in a press conference called for the Russian and Iranian governments to be held to account for the crimes they had carried out against Syrians and for turning into an occupying force in Syria. It also called on the United Nations to hold them responsible for the bloodshed, destruction and displacement.