Religious organization accuses regime of "the deliberate disregard of the values and ethics of the Christian-majority areas in Damascus, especially Bab Touma" 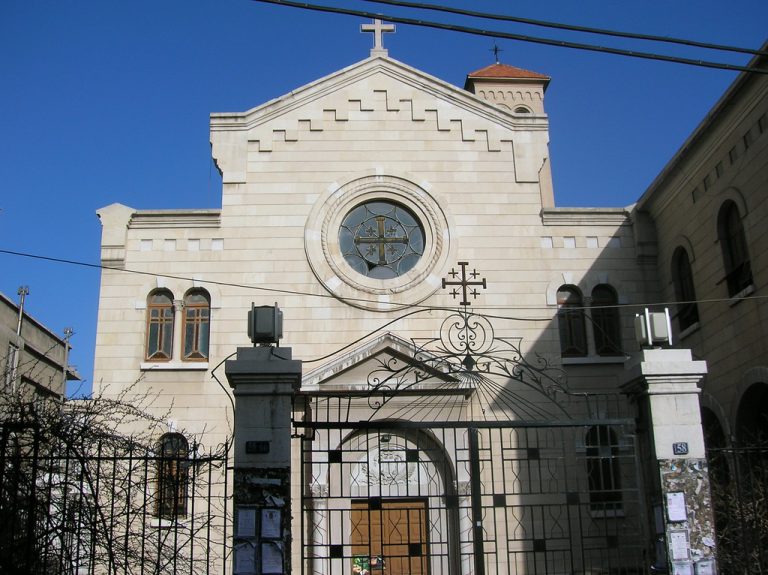 The Syrian Christians for Peace organization has warned about the systematic displacement of Christians carried out by Assad regime and their Iranian and Russian allies.

The organization issued a statement condemning "the deliberate disregard of the values and ethics of the Christian-majority areas in Damascus, especially Bab Touma." This was after Assad’s militias and Hezbollah members were charged with converting the area into an “outdoor brothel,” according to a Christian man who moved to the area from Aleppo last year before migrating to Sweden.

The statement noted that the people of Bab Touma complained the area had been turned into an "immoral hotbed for people from outside the area who came and violated its sanctity and security." It also said that residents are afraid that local children might be assaulted or kidnapped and that they are eager to travel to safer places.

The organization warned of the deteriorating security situation that is being exploited by the Assad regime in order to displace the remaining Christian population, in some cases forcing locals to sell their properties surrounding sacred places in Old Damascus.

The organization also considered that "the demographic change in Syria and the foreigners’ occupation of the cities is a crime that targets all Syrians, Muslims and Christians. Syrians are being targeted either by the shelling or by the occupation that is violating their land and imposing foreign customs that make them strangers and forces them to leave."

Syrian Christians for Peace called upon all Christian clerics to stand against these practices, and to stop favoring an authoritarian regime that had killed over half a million civilians, displaced over 10 million and caused the destruction of a large part of Syria. The organization called upon the clerics to stop supporting the regime and submitting to it when its intentions are to empty the country of its own people. It added that “The Christian existence in Syria is something that cannot be traded for any kind of authority."

Christian neighborhoods of Damascus are located in several connecting districts, including Bab Sharqi and Bab Touma in the old city in addition to Alkassaa, Janaien Alward and Al-Qusoor. Damascus is home to Antiochene Roman Orthodox, Roman Catholics and Syriac Orthodox Patriarchates.