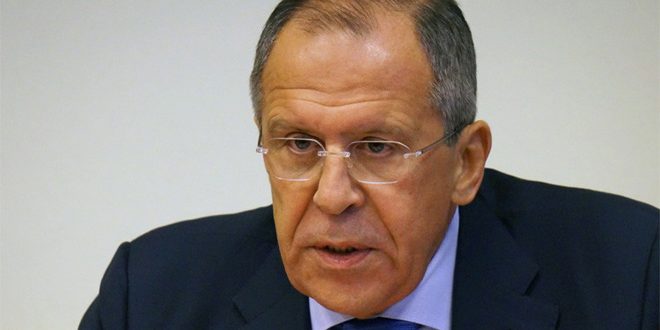 Russian Foreign Minister Sergei Lavrov affirmed on Thursday that there is no alternative to a Syrian ceasefire agreement, combating terrorism, delivering humanitarian aid and launching a political process through a comprehensive dialogue.as soon as possible

At a press conference with his French counterpart Jean-Marc Ayrault in Moscow, Lavrov stressed that the Islamic State group, Nusra Front and the other factions affiliated to them will never be part of the cessation of hostilities agreement.

He pointed out that Russia is standing firm on its demands calling for the separation of Nusra Front from Western-backed “moderate opposition,” adding that Moscow is ready to discuss a French draft resolution on the situation in Aleppo if it includes Russia’s amendments.

Lavrov affirmed that Moscow and Damascus are still ready to meet their obligations, including ensuring the cessation of hostilities and delivering humanitarian aid to Aleppo, under the Russian-US deal on Syria despite Washington’s decision to suspend joint cooperation on the crisis.