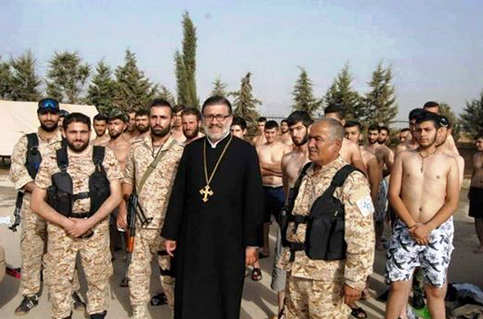 Mor Ignatius Aphrem II, patriarch of the Syriac Orthodox Church, who is based in Damascus, issued an official decision to stop Rev. Gabriel Daoud from practicing his work in the Syriac church, in addition to stripping him of the sacred cross which religious figures usually wear above their clothes given in honor of their services as a priest. The patriarch warned Dawoud that he would be stripped of the priesthood if he continued his negative practices which were incompatible with the spiritual message of the priesthood.

The decision came after the establishment of his support for suspicious pages on social media that criticize church leaders and try to defame the Syriac church, in addition to continuing to make media statements after the head of his diocese forbade him more than two years ago from making suspicious media statements which incite hatred among the Syrian people, because he does not represent Christians or the Syriac Church, in addition to many offenses committed on the church level.

Daoud had made many media appearances on regime channels and had been working as an informant to give information to the Syrian intelligence services in Damascus, especially the Air Force Intelligence. His actions had offended a large number of Christians who do not support the Assad regime and was on the verge of inciting Christian-Kurdish sectarian strife in the Syrian city of Al-Malikiyah, his hometown, last February. Daoud was the link between the Christian militia in both Homs and Qamishli and General Ali Mamlouk, head of the National Security office, and had carried out a number of visits to Syrian regime officials to establish Christian paramilitary groups of a shabeeha nature.