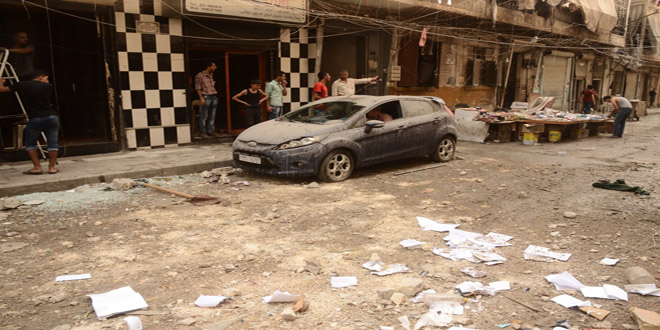 A child was killed and 15 other people were injured in a terror attack with rocket shells by the Jaish al-Fateh (Army of Conquest) on the Salaheddin neighborhood in Aleppo city.

A source at the Aleppo Police Command told state news agency SANA on Monday that terrorists positioned in the eastern neighborhoods of the city targeted the Salaheddin district with a number of rocket shells.

The source added that the attack also caused material damage to citizens’ homes and property.