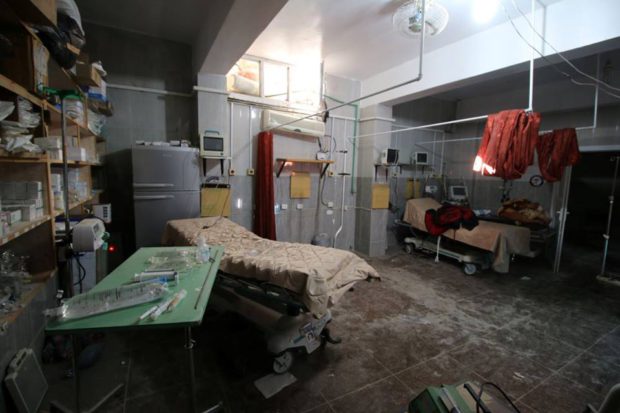 Several hospitals in opposition-controlled areas in the eastern district of the city of Aleppo on Monday announced they were withholding confidence from the “free” health directorate which is part of the Syrian temporary government, with the establishment of a tripartite committee to guide administration activities in the city during the siege.

The hospitals said that any communication with the health directorate was considered nonbinding. The statement issued by the hospitals said that “Any decision from or communication with the former Aleppo health directorate, from which confidence has been withheld, is considered null and void after the issuance of this statement and is not valid in the besieged city.”

Local humanitarian activist Mohamed Badr al-Deen told ARA News that the decision came because of the lack of medical aid and the refusal of the free medical directorate to take any measures to ease the entry of aid into the besieged suburbs, “which several hospitals in eastern Aleppo considered unacceptable and to be against the interests of the sick and wounded,” he explained.

A number of medical actors and institutions in Aleppo city issued a statement this month in which they expressed their support for taking wounded and sick outside opposition-controlled areas to protect their lives.