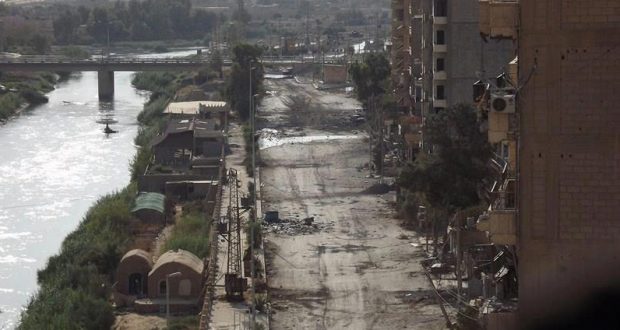 Activists in the province of Deir-ez-Zor in eastern Syria said that the Islamic State group had threatened a number of civilians into leaving their homes in the areas under its control in the province’s countryside, in order to receive families of its fighters displaced as they flee the ongoing battle in the Iraqi province of Mosul.

Media reports indicate that a number of security and military leaders of the group have fled Mosul and headed toward Syrian territory as a result of the military operation against the group.

The activist Amar Huweidi said that this process of threatening the residents occurred in several towns in the eastern Deir-ez-Zor countryside, including Buqrus.

Deir-ez-Zor is suffering under bombardment from Assad warplanes and a siege by ISIS forces, while the organization, the regime, and the international coalition warplanes are destroying all bridges between the city of Deir-ez-Zor and the surrounding towns, thereby increasing civilian suffering.