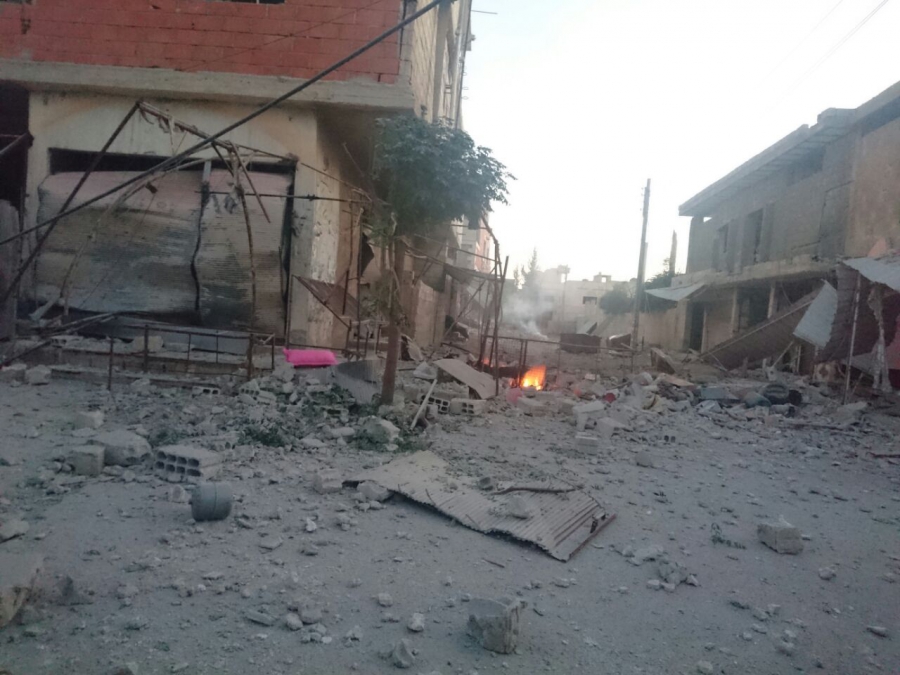 Regime forces have stepped up the bombing of Khan al-Shih in south-western rural Damascus, shelling the besieged town with at least 35 barrel bombs, dozens of rockets and napalm on Monday.

Member of the Syrian National Coalition Mohammed Jojah said that the Assad regime’s mass forced displacement operations, which amount to war crimes and crimes against humanity, risk causing sectarian war with unpredictable and dire consequences on the security of the entire region.

Since early September, regime forces have tightened the siege on the town, which is home to around 12,000 Palestinian refugees, the majority of whom are children.