Group of locals, including women and children, claim terrorist groups prevented from leaving the eastern neighborhoods several times amid a shortage of basic necessities 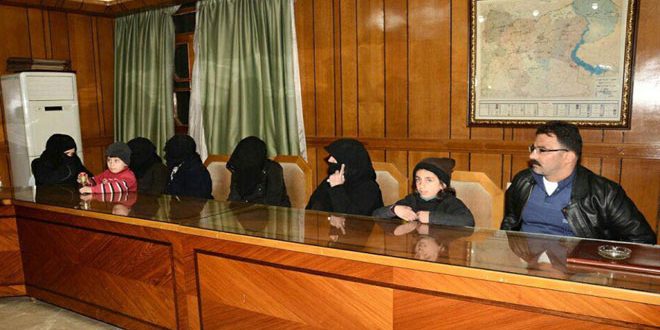 Civilians in the besieged eastern neighborhoods of Aleppo city managed on Tuesday to escape the districts through humanitarian corridors opened by the Syrian army and Russian forces.

SANA's reporter in the city spoke to some of the locals, which included women and children, who described how terrorist gangs deprived them of basic needs including food and medicines.

According to the civilians, they had tried several times to leave the eastern neighborhoods when the humanitarian pause was announced and the corridors were opened, but were prevented by terrorists from leaving the area.

Aleppo Governor Hussein Diab stressed that all needs have been provided to the families of the eastern districts after their arrival to the safe areas, adding that it is the state’s responsibility and duty to look after its civilians.

Over the past few days, hundreds of locals in the eastern neighborhoods took to the streets protesting against the terrorist organizations holed up in the city and demanding their departure from their areas.