Towns and villages secure breakthrough in reconciliations and disarmament with gunmen, resolving their legal status under presidential amnesty 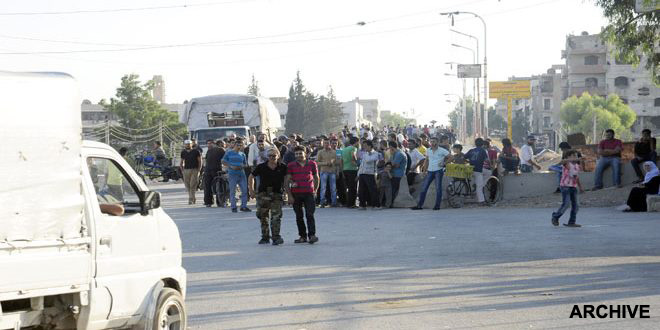 Advances have been made in the Syrian government’s reconciliation and settlement efforts in a number of towns and villages in the Damascus countryside, special sources told SANA on Tuesday.

These towns and villages have witnessed a breakthrough in achieving reconciliations and disarmament, with militants resolving their legal status as per a presidential amnesty.

In August, an agreement was implemented to clear the town of Daraya of weapons and militants, and during the past weeks reconciliations were achieved in Qudsaya, Al-Hamah, and Moadamiyat.