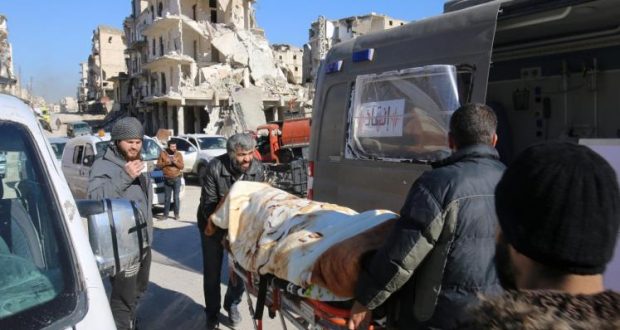 Batches of displaced Aleppo residents arrived to the western Aleppo countryside as part of an operation to evacuate them from the city.

The first group included more than 1,000 civilians, most of them wounded, who were evacuated in Red Crescent vehicles from inside Aleppo's besieged districts.

Sources said that Russia had vowed to protect the convoys of displaced people, and threatened to bombard any parties, including Assad's forces and Iranian militias, if the convoy was attacked.

Revolutionary brigades and Russia on Tuesday reached a deal to allow civilians and rebels with light weapons to leave the blockaded districts of Aleppo toward the liberated countryside.