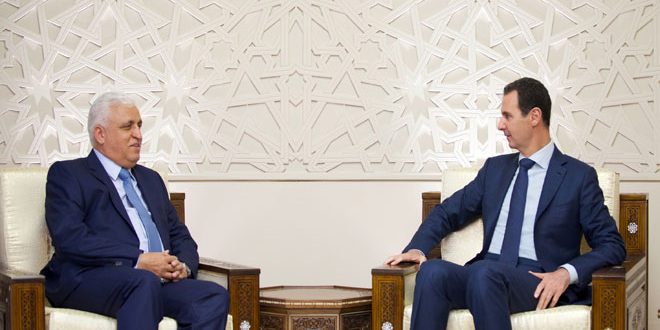 During the meeting, both parties highlighted the achievements in the war against terrorism, most recently the expulsion of terrorists from Aleppo in Syria and the advance of Iraqi forces in Mosul.

The two affirmed that these achievements represent a victory for the brotherly people of Syria and Iraq as they share the same terrorist enemy and destructive takfiri ideology.

Assad and Fayad also stressed that all countries must join in the fight against terrorism as terrorism knows no boundaries, a fact proven through the recent attacks that have struck countries in the region and beyond.