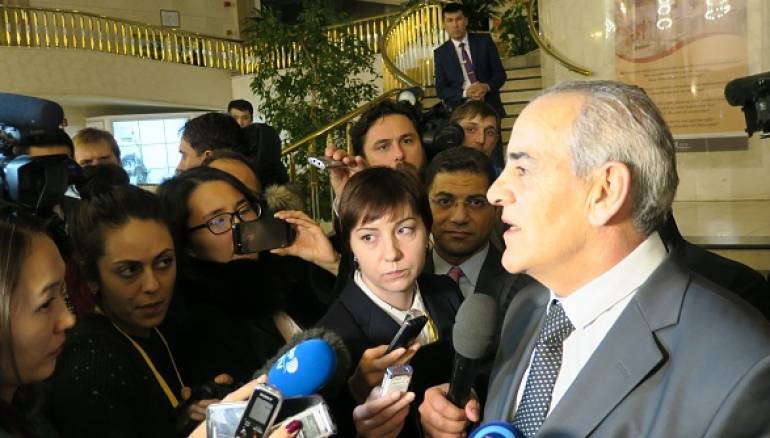 The rebel delegation at the Astana meeting resisted attempts by Moscow to adopt a Russian-written draft constitution as part of the settlement deal, stating that only Syrians can decide their future.

Syrian opposition figure Yahya al-Aridi said Russia’s Syria envoy Alexander Lavrentiev presented the opposition delegation with a paper at the start of the meeting which the rebels disregarded. Aridi said the draft paper remained on the table to send a message to Lavrentiev that the constitution is not a priority at this stage.

He said that Lavrentiev suggested that head rebel negotiator Mohammed Alloush review the “constitution paper” and respond to it later.

Rebel delegates responded that the meeting’s priorities would be the ceasefire and achieving progress on the ground regarding the regime and Iran’s commitment to the truce.

Opposition members commented that they were aware of the contents inside the draft constitution, adding that the paper only proposes a reformulation of the existing regime’s state structures.

Well informed sources told Zaman al-Wasl that some of the details of the draft constitution included the curbing of presidential powers, adjusting the parliamentary structure, as well as introducing adjustments to the judiciary and the powers of the security apparatuses.

The constitution also included a clear role for the Syrian opposition in the event of a political settlement.